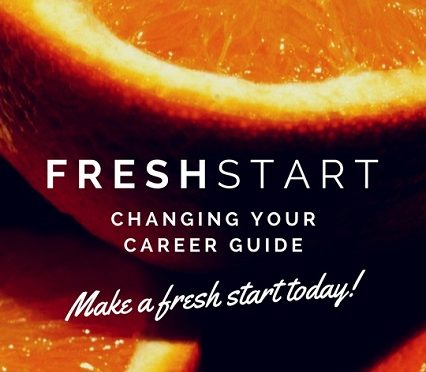 Pickup career tips for free. Find a better job in the UK. Change career. Network with top business leaders in UK and worldwide. Expand your horizon.

Post positions in your business. Fill skills gap faster and cheaper. Recruit people to your business to grow faster.

Get the latest jobs market news opinions and business reviews for Free. Join for free today as a member or subscriber.

Although there is a record high number of people working in the UK there are 810000 job vacancies in the UK and rising. UK earnings continue to rise faster than the cost of living in UK. Excluding bonuses earnings grew at annual rate of 3.2 percent. UK inflation is 1.3 percent. However it is likely that the lack of supply in jobs market will push up wage increases faster as demand for recruits rise. It will become harder for firms to recruit the employees they need.

The number of people in employment in UK rose by biggest number since January 2019. There are now more people working in the UK than there ever has been. The Office for National Statistics ONS says the UK employment rate is 76.3 percent. The unemployment rate remains at 45 year low of 3.8 percent.

Despite record levels of employment the number of job vacancies rose in the three months to December to 805000.

UK unemployment dropped to its lowest level of since January 1975. UK unemployment rate was 3.8 percent in three months to October according to the Office for National Statistics ONS. There are still 794000 job vacancies in the UK.

With such low UK unemployment levels 2020 is the ideal time to ask for a pay rise after you have checked the UK job market to see if their is a better job for you.

Tips on how to pursue an employment tribunal claim

The court will rule on your employment tribunal case.

UK wage growth in the UK rose 3.6 percent in the year to May 2019 according to the Office for National Statistics ONS.

A record high of 32.75 million people were working in UK in the same period. 1.29 million unemployed is the lowest since at least 1992.

This means the demand for your skills is increasing which means you should be getting a pay rise of at least 3.6 percent but go for more cause wage increases are set to increase further.

Promote and market your job vacancies on Jobs and Careers Magazine

Get more out of your life with a better career. Job search UK for best new career opportunities. Find latest jobs in the UK. Looking for a new job in UK? View UK job listings and give your career in UK  a boost.

Find the perfect job with job posting alerts to your email inbox. Find and apply for the latest jobs near you in UK. Find the best jobs matching your skills and experience. Never miss the latest jobs on cheeringup.info by completing form at bottom of page.

Do you have an interesting business story? Do you have an opinion on your local or global jobs market? Want to discuss or debate a pressing enterprise risk problem? Have a business Press Release you want to spread further? Join our online jobs and careers community for free. Send your story with pictures or video to editor@businessrisktv.com

Please include a contact number if you are willing to speak to a BusinessRiskTV journalist.

Average weekly earnings excluding bonuses rose by 3.2 percent on the year in the third quarter of 2018 which is biggest rise since the fourth quarter of 2008

The Bank of England BoE is forecasting wage growth at 3.25 percent by late 2019.

UK starting salaries are rising at one of the fastest rates in three years due to growing skills gap and increasing job vacancies.

UK new staff salary growth is at a 3 year high.

UK firms are having to pay more to attract new employees. Finding a new job could bag you a healthy new pay rise.

For workers not willing to move you should on average be getting the fastes pay rise since 2009 as average pay excluding bonuses are increasing at 3.1 percent.

The REC data showed demand for both permanent and temporary staff increased in October. Available staff reduced by the most in nine months.

A total of 823,000 job vacancies were advertised in January according to the Officer for National Statistics ONS. Low-paid workers should be looking to capitalise on this by changing job for higher salary benefits and career prospects.

If you have unattractive wages or working conditions, why are you putting up with it when there are so many alternative job vacancies waiting for you to apply?

If you aren’t getting a wage rise of more than 3 percent in 2018 you are accepting a pay cut.   Many people, including the Prime Minister of Japan reckon employers should increase wages faster to increase corporate income as well as personal income so its your national duty to look for a new job today.

In a speech in London, Mr Saunders said much of the new jobs created in the UK have until recently been filled by foreign workers. However the Brexit vote in June 2016 has resulted in the numbers of EU workers coming to UK falling as the UK has become less attractive to these workers especially as the value of the pound has also fallen each pound taken back to EU country is now worth less to EU workers working in UK.

Many UK jobs vacancies will remain unfilled as a result of drop in foreign worker inflows and as a result the UK will need to increase its productivity to keep up with demand.

The Recruitment and Employment Confederation REC says UK employers are having to increase wages to attract new staff. The Bank of England BoE has forecast faster wage growth for 2018 due to low unemployment and growing skills gap.

If you are looking for an increase in your wage, 2018 should be the best year to get one.

Two thirds of UK workers didn’t get a pay rise or career progression in 2017 according to a totaljobs.com survey of over 5,000 employees in UK.

If your present employer is not developing your career or your rewards for your skills and experience, you need to look around for an employer which does value you.

browse for jobs by

view all jobs by :

It is your national duty to find a job that increases your wages by at least 3.0%.   By the end of 2017, inflation will be running at 3.0%, so just to stand still, cost of living-wise, you need a pay increase of 3.0%.   By finding an employer who more fairly values your skills and experience, you will help drive UK economic growth.   Stagnating UK wages is holding the UK economy back.