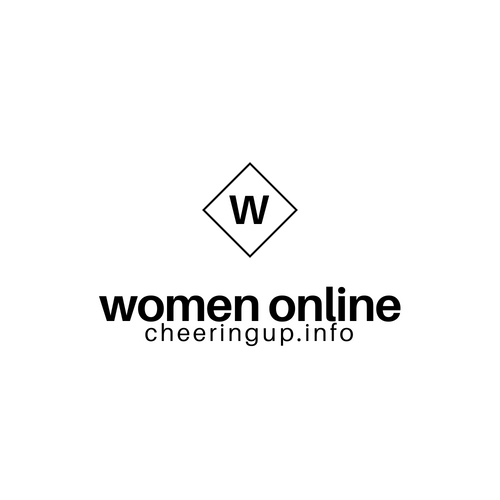 Get the latest lifestyle news headlines opinions reviews and exclusive offers. Contribute articles to help others improve their lifestyle. Join the online debate and discussion on issues of the day.

Are you a woman in the UK?

Want to live a little more 4 less? Need to improve your lifestyle? Need tips to grow your personal wealth and reduce cost of living? Want to develop your career faster? Women networking online in UK. Got something to say for and tom women in UK? Want to help women in UK?   Are you

If you are you can write more here and in associated magazines. Or if you prefer you can send us your video report for inclusion in Women TV broadcast online here and sister websites or social media accounts.

Be empowered! Take control of your life. Do more of what you want for yourself and less of what is given to you.

Promote and market your business on WOMEN ONLINE FOR 12 MONTHS

Get the best out of living in the UK now and tomorrow! Women in Business Doing More Business. Businesswomen networking to grow their business faster.

Should Women Expect Better Treatment Than Men In Politics?

Beth Rigby a political editor for Sky News asked the question about abuse of female MPs:

“More than 50 MPs have announced they are standing down at the next general election on 12 December- 18 of them female.”

This means more than 32 of the MPs stepping down are male!!! Instead of playing gender card journalists should be asking if the blocking of democratic vote to Leave EU has caused hatred to male and female MPs.

Given more than 75 percent of MPs voted Remain the media journalists and MPs should ask if they have brought this outpouring of anger on themselves – male and female – by blocking democracy with biased reporting against Brexit and blocking Brexit in UK parliament.

Neither male nor female MPs should be threatened physically. However if MPs vote for Referendum Article 50 to leave European Union and get elected on basis they will implement result of Referendum they should not be surprised if the electorate express their anger.

Heidi Allen MP is one of the worst hypocrites. She is on camera saying that MPs must honour the result of the Referendum and then joins a party that advocates Revoking Brexit. She deserves the anger she received not because she is a woman but because she is totally undemocratic with no shame in her 180 degree change on Brexit. MPs who did not vote for Referendum and Article 50 have the absolute right to protest against and try to block Brexit. The rest do not – male or female.

4 million women in UK will have to wait wait up to 6 years longer to get their UK pension benefits.

Thousands of women in 50s and 60s claim they will face great financial hardship as a result of the UK governments decision to increase the female state pension age from 60 to 66. They claim they have not been given sufficient notice of the change in retirement age and are entitled to transition benefits to overcome financial shortfall they were not expecting.

Thousands of women are expected to march from Hyde Park to Parliament Square London in protest at the changes to state pension benefits. Although 4 million women will be affected several thousands are complaining that they can not afford to eat or heat their homes never mind enjoy their retirement.

UK Women Dying Before Most Other European Women

Women in UK live much shorter lives than most other European women according to analysis by Public Health England.

The average live expectancy for British women is currently 83. More than half of all other European women are likely on average to live longer. Men in UK are only expected to live until they are 79.4 in the UK but what is it that makes UK women live shorter lives than most other European women?

Acting to combat obesity and over consumption of alcohol would benefit both men and women in the UK. Sugar in general is a killer not so much fat. Tackling mental health and depression would improve life and life outcomes for men and women.

What are other women leaders around the world saying today online. Are you a women blogger or vlogger in the UK? Have something to say about life living or business? Why not promote your blog or vlog here?

Your latest blog or vlog could be promoted here and linked to you blog or vlog to engage and connect with more readers and viewers.

More women are interested in Science technology engineering and mathematics based careers. However there are still barriers preventing them climbing the STEM career ladder.

Watch live and ondemand Women TV online. Women vloggers can add their videos to our collection to help inspire inform and educate other women in UK and around the world.

Haircut Deals Near Me

Haircut Offers Near Me CheeringupInfo Haircut Deals and Discounts UK

Womens forum on life lifestyle and business. Improve your life with tips advice and support.

Beachwear Shops Near Me and Online CheeringupInfo Beachwear Marketplace

Do you have an interesting business or lifestyle story? Do you have an opinion on the local national or global economy? Want to discuss or debate a pressing personal or business problem? Have a business press release you want to spread further? Join our online community for free. Send your business story with pictures or video to editor@cheeringup.info.

Please include a contact number if you are willing to speak to a BusinessRiskTV journalist.

contact us for more information on cheeringupinfo Women online magazine